To share your memory on the wall of Dale Waites, sign in using one of the following options:

Print
Charlie Dale Waites, known to most as Dale, passed away unexpectedly on Thursday, June 27 in his Bourbon residence. Age 69 at the time of his death, Dale was the longtime owner of D W Construction and Contracting.

He was born on May 12, ... Read More
Charlie Dale Waites, known to most as Dale, passed away unexpectedly on Thursday, June 27 in his Bourbon residence. Age 69 at the time of his death, Dale was the longtime owner of D W Construction and Contracting.

He was born on May 12, 1950 in Kingsport, TN, the son of James Paul and Laura Kate (McCracken) Waites. He was one of six children and the father of two daughters – Laura and Karen.

Dale was a hard worker and had owned and operated his own business for nearly thirty years. Now retired, he loved to tinker and enjoyed time spent with his grandchildren. He enjoyed fishing, bowling, garage sales and woodworking. He was also a man of Christian faith who read his Bible regularly.

Friends may join family for a final farewell at Titus Funeral Home, 2000 East Sheridan Street, Warsaw, on Tuesday July 2nd. Gathering will begin at 2 o’clock with service taking place at 2:30 p.m. Dale’s son-in-law, Bryan will officiate the service. Final interment will be in Oakwood Cemetery.

Memorial gifts may be given to Dale’s final expenses at Titus Funeral Home, 2000 East Sheridan Street, Warsaw, IN 46580. Condolences may be sent by visiting www.TitusFuneralHome.com.
Read Less

We encourage you to share your most beloved memories of Dale Waites here, so that the family and other loved ones can always see it. You can upload cherished photographs, or share your favorite stories, and can even comment on those shared by others.

Posted Jun 28, 2019 at 01:23pm
I am very sorry for your loss. My heart goes out to you in this difficult time. One encouraging thought you might find comforting is found at John 5:28, 29. “The hour is coming in which all those in the memorial tombs will hear his voice and come out.” God gives us this beautiful hope that he will soon resurrect our dead loved ones and we can see them again on a paradise earth! I hope this promise brings you comfort as it does me.
Comment Share
Share via: 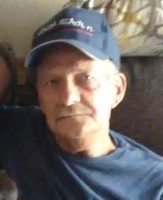