To share your memory on the wall of Carol Sue Schrader, sign in using one of the following options:

Provide comfort for the family of Carol Sue Schrader with a meaningful gesture of sympathy.

Having spent most of her lifetime in the Warsaw area, Carol was born in Plymouth on January 19, 1937. She was the... Read More
Carol Sue Schrader, age 82, passed away quietly at Kosciusko Community Hospital in Warsaw on June 2, 2019 just after 2 p.m.

Having spent most of her lifetime in the Warsaw area, Carol was born in Plymouth on January 19, 1937. She was the only daughter of Darold and Annabelle (Grove) Schroeder. She was a 1955 graduate of Warsaw High School and worked at Depuy for several years before transferring to Medtronic where she eventually retired.

Carol was a beautiful woman inside and out. She loved her three sons dearly and was always supportive of them. She attended Warsaw Evangelical Presbyterian Church when she could and was an Elvis fan; she collected his memorabilia, loved his hymns and had even seen him perform live several times.

Those left with memories to cherish include her longtime friend, Jim Weirick of Warsaw; son, Dan Schrader of Warsaw; grandson, Anthony Schrader of Goshen; and brothers, Robert (wife, Vicky) Schroeder of South Bend and Richard (wife, Patricia) Schroeder of Winona Lake. She was preceded in death by her parents and twin sons, Michael and Douglas Schrader who passed away as adults in March and October of 2007, respectively.

Memorial gifts may be directed to Kosciusko County Animal Welfare League, PO Box 1906 Warsaw, IN 46581. Condolences may be sent by visiting www.TitusFuneralHome.com

We encourage you to share your most beloved memories of Carol Sue Schrader here, so that the family and other loved ones can always see it. You can upload cherished photographs, or share your favorite stories, and can even comment on those shared by others.

Flowers were purchased for the family of Carol Sue Schrader. Send Flowers

Posted Jun 05, 2019 at 10:46am
Sorry my latest news about classmate, friend, Carol is her obituary. She truly was a beautiful person who will be missed by all who knew her.
Blessings and condolences to Carol's family.
Comment Share
Share via:
JA

Posted Jun 03, 2019 at 08:15pm
Please accept our deepest sympathy for your loss. May memories of the good times bring comfort and the blessed hope in Christ that through Him you will see her again.
Comment Share
Share via: 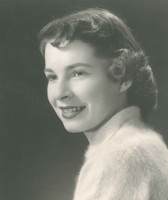