To share your memory on the wall of Carmelle Scott, sign in using one of the following options:

Born on September 9, 1966, she was the daughter of the late Samuel Davidson and the late Myrna (Cuneo) Davidson. She was born in S... Read More
Carmelle Lynn Scott, age 53 of Warsaw, passed away on Sunday, June 5, 2020 at Warsaw Meadows Care Center.

Born on September 9, 1966, she was the daughter of the late Samuel Davidson and the late Myrna (Cuneo) Davidson. She was born in South Bend and attended Mishawaka High School. She spent several years living in California and Goshen, among other places before moving closer to family in Warsaw.

A fun-loving person with a stubborn streak, she was a good cook and enjoyed cooking for others. She cherished time spent with her grandchildren and liked the beach and riding motorcycles. For many years she worked with USA1 Auto Sales, Elkhart as the finance manager.

Care for Carmelle was entrusted to Titus Funeral Home, 2000 East Sheridan Street, Warsaw. Presently, no services are scheduled. Condolences may be left for the family at www.TitusFuneralHome.com
Read Less

Receive notifications about information and event scheduling for Carmelle

We encourage you to share your most beloved memories of Carmelle here, so that the family and other loved ones can always see it. You can upload cherished photographs, or share your favorite stories, and can even comment on those shared by others. 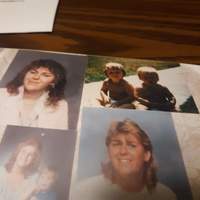