To share your memory on the wall of Carl Porter, sign in using one of the following options:

Provide comfort for the family of Carl Porter with a meaningful gesture of sympathy.

Print
Carl Fredric Porter, age 93 and a longtime resident of Warsaw, passed away quietly on Sunday, March 17, 2019 at 5:30 a.m. in Warsaw’s Mason Health and Rehabilitation Center.

Carl was born on June 26, 1925 in Lebanon, Missouri to Fred ... Read More
Carl Fredric Porter, age 93 and a longtime resident of Warsaw, passed away quietly on Sunday, March 17, 2019 at 5:30 a.m. in Warsaw’s Mason Health and Rehabilitation Center.

Carl was born on June 26, 1925 in Lebanon, Missouri to Fred and Laley (Gardner) Porter. Carl was a veteran of the United States Army, serving as a medical aidman assigned to the 29th Infantry Regiment. He was honorably discharged on September 14, 1949 from Camp Stoneman near Pittsburg, California.

Blessed to find love twice, Carl was married first to Fern Smith on February 23, 1951. Together they had one daughter and shared nearly thirty-five years before Fern passed on November 6, 1985. Then, on October 9, 1987, Carl was married to Naoma Helmuth. Having shared thirty-two years together, Naoma survives in Warsaw.

Carl was a loving, caring man of great faith. He was a member of Full Gospel Tabernacle (now Touch of Life) Church and was very involved there. He loved being outdoors, would often take his lunches to Central Park and would spend hours there each day when the weather allowed; he loved watching the birds. When the weather wasn’t as nice, he enjoyed watching Everybody Loves Raymond and The Big Bang Theory.

Preceded in death by his first wife, Fern and sister, Norma Dollar, Carl is survived by his wife, Naoma Porter of Warsaw; daughter, Beth Porter of Mountain Home, AR; three step-daughters: Sheri (Roger) Helton of Roann, Toni (Fransisco) Cuahuizo of Warsaw and Teresa Kinney of Warsaw; and a brother, Neal Porter of San Bernardino, CA. Also surviving are seven grandchildren and five great-grandchildren; a sixth great grandchild is on the way and Carl was very much looking forward to meeting him or her.

Those wishing to express their sympathy may visit with the family at Titus Funeral Home, 2000 East Sheridan Street, Warsaw on Wednesday, March 20th from Noon to 1 p.m. Beginning at one o’clock, Reverend Dannie Patrick will officiate a funeral service at Titus Funeral Home. Members of the United States Army, American Legion Post 49 and VFW Post 1126 will execute military honors. Burial will be at Oakwood Cemetery.

We encourage you to share your most beloved memories of Carl here, so that the family and other loved ones can always see it. You can upload cherished photographs, or share your favorite stories, and can even comment on those shared by others.

so sorry about your Dad, Beth.He was a very nice man.
AI 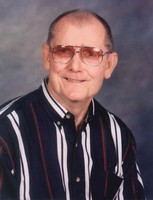