To share your memory on the wall of Buddy Miller, sign in using one of the following options:

Buddy was born on September 6, 1934 in Worthington, IN and was a graduate of Spencer High School where he was the starting guard on the basketball team in 1952. Soon after graduation, he entered the United States Navy where he served from 1952-1955. While in the service he came to know and accept his Lord and Savior and became a new man. He attended Northside Baptist Church of Elkhart where he was a song leader for some time and helped to start Calvary Baptist Church of Elkhart. Later, he attended chapel at Grace Village Retirement Community.

Arrangements have been entrusted to Titus Funeral Home of Warsaw. Services will be held at a later date. Memorial gifts may be directed to Gideons International with condolences left for the family at www.TitusFuneralHome.com
Read Less

Receive notifications about information and event scheduling for Buddy

We encourage you to share your most beloved memories of Buddy here, so that the family and other loved ones can always see it. You can upload cherished photographs, or share your favorite stories, and can even comment on those shared by others.

Posted Jun 12, 2020 at 06:04pm
Buddy was a terrific Christian man, who read and lived God's Word. His smile and sense of humor blessed those around him.
He endured a lot with a good attitude. I appreciated his friendship. He is peacefully at Home. God's blessing on you his family.
Chaplain Bryan Benjamin
Grace Village
Comment Share
Share via: 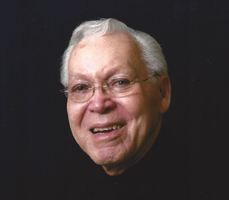