To share your memory on the wall of Brenda Montgomery, sign in using one of the following options:

Provide comfort for the family of Brenda Montgomery with a meaningful gesture of sympathy.

Print
Brenda Lee Montgomery, age 70, passed away on Wednesday, July 10th in Fort Wayne’s Parkview Randallia Hospital. A resident of Leesburg, IN for the past year, she was previously of Jackson, GA.

Brenda was born on June 7, 1949 in Warsaw.... Read More
Brenda Lee Montgomery, age 70, passed away on Wednesday, July 10th in Fort Wayne’s Parkview Randallia Hospital. A resident of Leesburg, IN for the past year, she was previously of Jackson, GA.

Brenda was born on June 7, 1949 in Warsaw. She is the daughter of Maynard C. and Mary C. (Vanator) Osbun though her father preceded her in passing. She was also a 1967 graduate of Leesburg High School and retired as a rural carrier from the United States Postal Service. More recently, she worked as a bus attendant for Butts County (GA) Schools.

All about her family, Brenda especially loved time spent with her grandchildren. She liked to travel and was known for her spunky, outspoken personality. She was strict but fair, was quite humorous and she loved to laugh.

Those who will miss her most include two sons: Terry Montgomery and Alan (Patricia) Montgomery of Jackson, GA; three grandchildren: Brianna Montgomery, Noah Montgomery and Terry Montgomery, Jr. “T.J.” all of Jackson; and two great-grandchildren. Also surviving are sister, Janice (Russell) Wilson of North Webster; brothers, Robert Osbun of Leesburg and David Osbun of Akron and their mother, Mary Osbun of Leesburg. Father, Maynard Osbun, and a great-granddaughter preceded her in passing.

Services will be held privately in Oakwood Cemetery. Titus Funeral Home of Warsaw assisted the family.

Memorial gifts may be directed to National Pancreatic Cancer Foundation, PO Box 1848, Longmont, CO 80502. Condolences may be sent to the family by visiting www.TitusFuneralHome.com
Read Less

Donations are being accepted for: NATIONAL PANCREATIC CANCER FOUNDATION.

We encourage you to share your most beloved memories of Brenda here, so that the family and other loved ones can always see it. You can upload cherished photographs, or share your favorite stories, and can even comment on those shared by others. 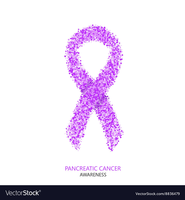