To share your memory on the wall of Brandon Blanton, sign in using one of the following options:

Provide comfort for the family of Brandon Blanton with a meaningful gesture of sympathy.

He was born on November 2, 1974 in Warsaw. He was the son of Gene and Sue (Hopkins) Blanton and one of six Blanton children. He grew up in Kosciusko County and attended school in Warsaw. On July 11, 2014, Brandon was married to Angela Ousley who survives.

Brandon was previously employed by Midwest Rake and was a lover of music. He played guitar and drums and fiercely loved his children and family. He was a private person with a strong independent streak who will be dearly missed.

A celebration of life will take place at a later date. Brandon’s arrangements were entrusted to Titus Funeral Home of Warsaw.

Memorial gifts may be given to the family and mailed to Titus Funeral Home, 2000 East Sheridan Street, Warsaw, Indiana 46580.
Read Less

We encourage you to share your most beloved memories of Brandon here, so that the family and other loved ones can always see it. You can upload cherished photographs, or share your favorite stories, and can even comment on those shared by others.

Posted Nov 04, 2019 at 03:54pm
Brandon and I went to school together. We spent the weekends out with friends and enjoyed spending time playing sports, campfires, and just having good company. Brandon was always smiling and joking around. He will be missed and is loved by many. - Kelly Mckinzie (Vanover)
Comment Share
Share via:

Posted Nov 02, 2019 at 05:22pm
Brandon was my neighbor as a kid. No matter how many times I kicked his butt in basketball one on one, he never gave up! I hadn’t seen him since he worked at R Vision. Always a great guy, thought of fondly. Many prayers for his family.- Stacey Brown
Comment Share
Share via: 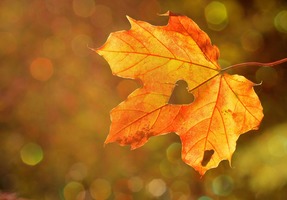