To share your memory on the wall of Bernie Holloway, sign in using one of the following options:

Print
Bernie Holloway, age 74 and a lifetime resident of Kosciusko County, passed away on Monday, November 18, 2019 at 2:02 p.m. in his home near Palestine Lake.

Born Bernard Lee Holloway on March 17, 1945, he was the son of Glen and Minnie (McClone) Holloway. He was one of fourteen children raised in the family home and attended Beaver Dam and Akron schools.

A helpful person who would do nearly anything to help a friend, Bernie was known for his love of family and for his friendliness as a neighbor; he never knew a stranger. He enjoyed fishing, hunting, and camping and enjoyed time spent outdoors. He also liked riding motorcycles, travelling, tractors, tractor pulls and visiting the casino, but time spent helping his grandchildren work on racecars was special. It was also time for Bernie’s cantankerous side to come out; he loved practical jokes and had an ornery sense of humor.

Professionally, Bernie was a truck driver with nearly fifty years on the road. He spent 23 years with Mike Gill and 12 years with Lewis Salvage before becoming an owner/operator. He retired in 2015.

A Life Celebration® is planned with Titus Funeral Home of 2000 E. Sheridan Street, Warsaw where visitation will be held on Saturday, November 23 from 1 to 4 p.m. At 4 o’clock, Steve Neeley, a longtime friend, will officiate Bernie’s funeral service.

Memorial gifts may be directed to the K21 Cancer Care Fund, PO Box 1810 Warsaw, Indiana 46581-1810. Condolences may be sent to the family at www.TitusFuneralHome.com

Receive notifications about information and event scheduling for Bernie Holloway

We encourage you to share your most beloved memories of Bernie Holloway here, so that the family and other loved ones can always see it. You can upload cherished photographs, or share your favorite stories, and can even comment on those shared by others.

Posted Nov 20, 2019 at 06:33pm
I will miss bernie walking into the back of my shop and scaring me when I wasnt expecting him to be there, Bernie and I had many discussions about many things ,I will miss his knowledge as a friend . Bernie was there for alot of people alot of the time . I will miss him alot .I wish the best for his family through the greiving process. Patrick Robinson
Comment Share
Share via: 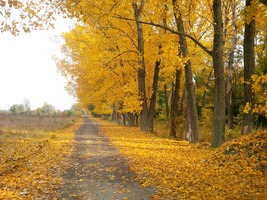 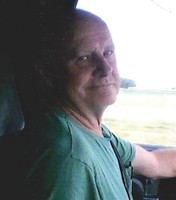