To share your memory on the wall of Barbara Taylor, sign in using one of the following options:

Print
Barbara Jean Taylor passed away quietly while surrounded by her loving family on Wednesday, January 2, 2019 at 10:35 a.m. She was a resident of rural Pierceton and was 81 years old.

Born on September 20, 1937 in Miltonvale, Kansas, Barb... Read More
Barbara Jean Taylor passed away quietly while surrounded by her loving family on Wednesday, January 2, 2019 at 10:35 a.m. She was a resident of rural Pierceton and was 81 years old.

Born on September 20, 1937 in Miltonvale, Kansas, Barbara was the daughter of Henry Rufus Snavely and Lena Agnes (Walker) Snavely. Barbara grew up in Kansas and attended Concordia High School near her home. On August 29, 1954, she was united in marriage to Donald D. Taylor with whom she would share more than sixty-five years. Donald survives at home.

Raising three daughters, Barbara was a homemaker. Outside of the home, she worked for Whitley Products, D & D Café and had cleaned offices at Uniroyal. She enjoyed bowling, playing alongside her daughters on the Monday Night Women’s League at Warsaw Bowl for many years. She enjoyed sewing, gardening and canning, and many other things - she even raced go-carts in powder puff racing! Above all, Barbara was a devoted wife, mother and grandmother who loved her grandchildren deeply.

In addition to her husband, Donald D. Taylor of Pierceton, Barbara is survived by three daughters: Rhonda (husband, James) McCool of Warsaw, Donita (husband, Kevin) Raypholtz of Pierceton, Becki (husband, Reggie) Evans of Warsaw; brother, Jack (wife, Sharon) Snavely of Pierceton and sister-in-law Lorene Taylor of Pierceton. She is also survived by nine grandchildren, several great-grandchildren and a “fur-baby,” Pedro. She was preceded in death by her parents; sister, Carolyn Urban; infant brother, George Washington Snavely; a great-grandson; and a fur-baby, Sassie.

Friends may join family to share memories during a time of visitation and viewing at Titus Funeral Home, 2000 East Sheridan Street, Warsaw, on Friday, January 4th from 3 to 7 p.m.

Memorial gifts may be given to Heartland Home Health and Hospice with envelopes available at the funeral Home. Online condolences may be left at www.TitusFuneralHome.com.

Receive notifications about information and event scheduling for Barbara Taylor

We encourage you to share your most beloved memories of Barbara Taylor here, so that the family and other loved ones can always see it. You can upload cherished photographs, or share your favorite stories, and can even comment on those shared by others.

Posted Jan 03, 2019 at 07:31pm
God Bless Barbara prayers for her and her whole family and God Bless them too . Martha Clark Baldridge
Comment Share
Share via:
MS

Posted Jan 03, 2019 at 12:14pm
Those we love don't go away,They walk beside us every day,Unseen, unheard, but always near,Still loved, still missed and very dear. 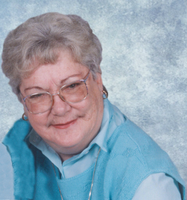