To share your memory on the wall of Barbara Brookins-Prater, sign in using one of the following options:

Provide comfort for the family of Barbara Brookins-Prater with a meaningful gesture of sympathy.

Barbara was the daughter of the late Gail R. and Iva L. (Bowers) Hidy and was born in Wabash on May 16, ... Read More
Barbara Brookins-Prater, age 84 of Grace Village Retirement Community, passed away quietly on Sunday, October 20, 2019 at 3:34 a.m.

Barbara was the daughter of the late Gail R. and Iva L. (Bowers) Hidy and was born in Wabash on May 16, 1935. She spent most her youth in the North Manchester area, graduating from Central High School in 1953.

Barbara loved time spent with her family and especially loved her children, grandchildren and great-grandchildren. Her love for children was apropos as she cared for children professionally. She also worked as an operator for United Telephone Company. She was an avid reader, enjoyed playing Euchre and was previously a member of the American Legion Auxiliary and the Eagles Auxiliary – both of South Bend.

A Life Celebration® has been planned at Titus Funeral Home, 2000 East Sheridan Street, Warsaw. Visitation will be Sunday, October 27, 2019 from 2 to 5 p.m. On Monday at 11 a.m., Pastor J.P. Freeman of North Manchester Congregational Christian Church will officiate a funeral service in the funeral home; visitors will be welcomed for one hour before the service. Burial will be in South Whitley Cemetery following a repast.

Memorial contributions may be directed to Ronald McDonald House, 350 Erkenbrecher Avenue
Cincinnati, OH 45229. Condolences may be sent to the family by visiting www.TitusFuneralHome.com

Donations are being accepted for: RONALD MCDONALD HOUSE CHARITIES OF GREATER CINCINNATI.

We encourage you to share your most beloved memories of Barbara Brookins-Prater here, so that the family and other loved ones can always see it. You can upload cherished photographs, or share your favorite stories, and can even comment on those shared by others.

Posted Oct 20, 2019 at 07:26pm
Barb was like a second mom growing up. Joni, Sharon Justice and I spent a lot of time between their house and mine. My best memories were at Christmas time and all the sweet treats that she made. Barb and my Mom became good friends and watched each other's children grow into wonderful women, wives and parents. That was her legacy. I know there were Angels rejoicing this morning. God bless all of you. The Grey and Rheam family
Comment Share
Share via: 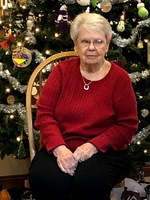 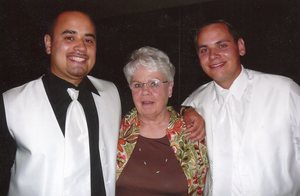 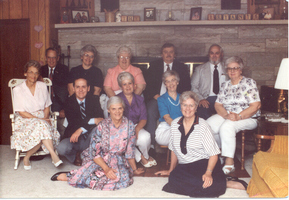 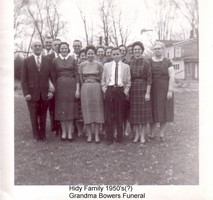