To share your memory on the wall of Arthur Baldridge, sign in using one of the following options:

Provide comfort for the family of Arthur Baldridge with a meaningful gesture of sympathy.

Print
Arthur Baldridge, a longtime resident of Pierceton, Indiana, passed away unexpectedly at his residence on
September 16, 2019. He was 83 years old.

Born on August 19, 1936 in Blue River Kentucky, he was the son of Andrew and Sally ... Read More
Arthur Baldridge, a longtime resident of Pierceton, Indiana, passed away unexpectedly at his residence on
September 16, 2019. He was 83 years old.

Born on August 19, 1936 in Blue River Kentucky, he was the son of Andrew and Sally (Ousley) Baldridge. On
June 14, 1955, he was married to Renis Bradley who preceded him in death on July 26, 2013. Together they
shared nearly sixty years, four sons and one daughter.

Arthur was a family man through and through. He enjoyed spending time with them while fishing, while
driving to get bologna and bread on Sundays, while visiting extended family and just anytime. He loved life and
was the glue of his family, approaching every situation with a mischievous grin – he made everything, and
everyone, feel okay. He rarely knew a stranger and was always sure to get his sweets fix, a special time which
he shared with his grandchildren and great-grandchildren.

Professionally, Arthur worked for Dalton Foundry (16 years) and later for OMC in Syracuse where he was boat
inspector. He retired in 2000. He was previously a member of the Eagles and attended the former Full Gospel
Pentecostal Church in Silver Lake.

Arthur’s funeral service will be held at Full Gospel Tabernacle Church, 250 North Main Street in Claypool, on
Friday, September 20th at 2 p.m. Visitation will begin on Thursday, September 19th at 2 p.m. in the church and
will continue until the time of the Friday afternoon service. Burial will be in Hillcrest Cemetery, Pierceton.
Pastor Carl Hughes will preside with Titus Funeral Home assisting the family.

Donations are being accepted for: Titus Funeral Home.

We encourage you to share your most beloved memories of Arthur here, so that the family and other loved ones can always see it. You can upload cherished photographs, or share your favorite stories, and can even comment on those shared by others.

David and Jamie sent flowers to the family of Arthur Baldridge.
Show you care by sending flowers

Posted Oct 30, 2019 at 11:41pm
Even though i wasn't his blood grandchild they always made me feel part of the family and I am proud to say that I knew him and Renis. I love you both.
Comment Share
Share via:
DJ

David and Jamie purchased flowers for the family of Arthur Baldridge. Send Flowers 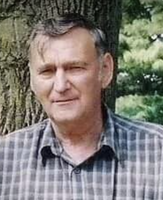