To share your memory on the wall of Anthony Scheffer, sign in using one of the following options:

Print
Anthony G. Scheffer, known to many as “Bill,” age 86 of Warsaw, passed away quietly after an extended illness at Grace Village Retirement Community in Winona Lake.

Born on May 24, 1934 in Star City, Pulaski County, Indiana, he was t... Read More
Anthony G. Scheffer, known to many as “Bill,” age 86 of Warsaw, passed away quietly after an extended illness at Grace Village Retirement Community in Winona Lake.

Born on May 24, 1934 in Star City, Pulaski County, Indiana, he was the son of Anthony L. and Clara I. (Reutebuch) Scheffer. He was one of eight children raised in the family home and learned the value of hardwork at an early age.

Bill was a jovial, kind person who loved to laugh. He was known for his good sense of humor and his ability to fix anything, even if his methods relied heavily on “alternative engineering” and plenty of duct tape. In the Army, Bill served as a mechanic; in civilian life he was maintenance supervisor for Prairie View Nursing Home in Warsaw before transitioning to the manufactured housing industry where he was a mobile serviceman. He liked to fish, spending many afternoons on Dewart Lake with his pontoon. He is also remembered for his teddy bear-like heart.

Condolences may be left for the family at www.TitusFuneralHome.com.
Read Less

Receive notifications about information and event scheduling for Anthony

We encourage you to share your most beloved memories of Anthony here, so that the family and other loved ones can always see it. You can upload cherished photographs, or share your favorite stories, and can even comment on those shared by others.

Posted Aug 12, 2020 at 02:52pm
We always enjoyed visiting Marilyn and Bill. Bill had a wonderful self-effacing sense of humor and during our visits, he could be counted on to tell some hilarious stories, often with him being to butt of the joke. His laugh was easy and infectious. He was a great pie baker and he was ever ready to share both the pie and his expertise with anyone who stopped in. Death reached out for him many times, through his multitude of health scares, but each time, Bill outran, out foxed, side stepped and cheated that Old Grim Reaper. Bill was one tough old man! We will miss him. Our deepest condolences to his family.
Bruce and Janet Nelson
Comment Share
Share via:
KW

Posted Aug 12, 2020 at 12:39pm
I visited Anthony the Friday night before he passed. He was very talkative. With his permission, I prayed for him. And I pray for all of you, his family. May you experience God's comfort.
Chaplain Bryan Benjamin
Comment Share
Share via: 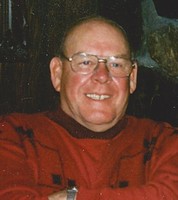