To share your memory on the wall of Anna Plotner, sign in using one of the following options:

Provide comfort for the family of Anna Plotner with a meaningful gesture of sympathy.

Anna was born in Dock, Kentucky on November 14, 1923. She was the daughter of the late William “Bill” Buckley and the late Irene (Keel) Anderson. She attended school in Kentucky and made her life there until the 1960s when she moved to Kosciusko County.

Anna was a loving wife, mother and grandmother through-and-through; she loved to cook and feed her family. She was known for her southern cooking and her zeal for the holiday season. She enjoyed Euchre, Rook, gardening, canning, and previously enjoyed horseback riding with her dog Trixie often riding along. She had a deep faith in the Lord and loved the serenity of her home on Pike Lake.

Anna was preceded in death by her husband, Loren Plotner. Also preceding her in passing are her daughter, Diana Fleming; two granddaughters: Rhonda Cole and Julie Campbell and two siblings: brother, John K. Buckley and sister, Mary A. Robinson.

Services for Anna were held privately at Titus Funeral Home, 2000 E. Sheridan Street with Pastor William Whitaker of Warsaw Family Worship Center officiating. Burial was in Oakwood Cemetery. Those wishing to express their sympathy may give to the Kosciusko County Shrine Club, PO Box 285, Warsaw, IN 46581. Condolences may be sent to the family via www.TitusFuneralHome.com

We encourage you to share your most beloved memories of Anna here, so that the family and other loved ones can always see it. You can upload cherished photographs, or share your favorite stories, and can even comment on those shared by others. 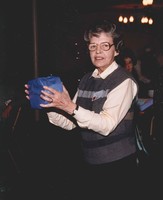