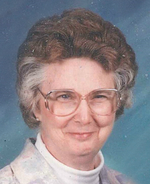 She was born on October 13, 1939 in Baxter, Tennessee and was the daughter of Samuel and Dorothy (Hudson) Bush. On June 17, 1961, Anna was united in marriage to Jim McConnell. The pair would share nearly 58 years together prior to her Tuesday evening passing.

Anna was a 1957 graduate of Warsaw High School and attended International Business College after graduating. She held several jobs over the years and may be remembered from her time in the offices of White Metal and Safe Way Door or perhaps from the 24 years she worked with Walmart Corporation. She even helped to open the original Warsaw Walmart store.

Anna had a heart for children. She was a reading helper for third graders at Winona Lake and Leesburg and had helped with several children’s charities. She was a Master Gardener and a member of the Home Ec Club, Hersherette and Town and Country Garden Club. She was a longtime member of Warsaw’s First Christian Church. Anna had a great faith in the Lord and often helped with church activities, meals and bible studies.

Those who survive with memories to cherish include her husband, Jim McConnell of Leesburg; daughter, Chris Leiter of Warsaw; sister, Lynn (husband, Gary) Warrick of Leesburg; several nieces and nephews and her cat, Cricket. Her parents preceded her in passing.

Memorial gifts may be directed to First Christian Church, Building Fund. Condolences may be left at www.TitusFuneralHome.com