To share your memory on the wall of Anna Jane Corwin, sign in using one of the following options:

Provide comfort for the family of Anna Jane Corwin with a meaningful gesture of sympathy.

Print
Anna Jane Corwin, age 91 and a longtime resident of Kosciusko County, passed away on June 15, 2019 at 4:30 p.m. in Miller’s Merry Manor of Wakarusa where she had lived for the last several years.

Jane, as many knew her, was born on Se... Read More
Anna Jane Corwin, age 91 and a longtime resident of Kosciusko County, passed away on June 15, 2019 at 4:30 p.m. in Miller’s Merry Manor of Wakarusa where she had lived for the last several years.

Jane, as many knew her, was born on September 6, 1927 in Atwood. She was the daughter of Phillip and Gladys (Pittman) Egolf. Her parents preceded her in passing. Also preceding her are four brothers, two sisters and a son, John Corwin.

Jane loved spending time with her grandchildren. She enjoyed cooking and baking and was known for her Christmas cookie platters. She was a big fan of NBA and the Chicago Bulls and was longtime member of Otterbein United Methodist Church, Atwood.

Jane’s life will be remembered in a memorial service at 10:30 a.m. on Saturday, June 29, 2019 in Titus Funeral Home, 2000 East Sheridan Street, Warsaw. Friends may gather at 10 a.m. Pastor Jim Lawson will be officiating.

Memorials may be directed to Otterbein United Methodist Church, 306 East Main Street, Atwood, IN 46502. Condolences may be left at www.TitusFuneralHome.com
Read Less

We encourage you to share your most beloved memories of Anna Jane Corwin here, so that the family and other loved ones can always see it. You can upload cherished photographs, or share your favorite stories, and can even comment on those shared by others.

PWI sent flowers to the family of Anna Jane Corwin.
Show you care by sending flowers 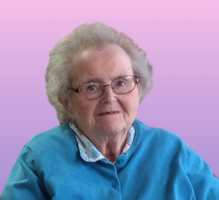 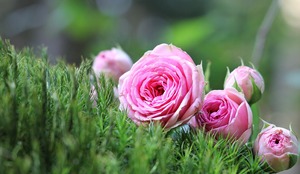