To share your memory on the wall of Albert Hurd, sign in using one of the following options:

At a young age, Albert learned the value of hard work. He was good with his hands and could fix anything, a skillset he used commonly while serving in the US Army’s Fourth Battalion as a mechanic stationed in Fort Leonard Wood, MO. Later he would work for Clausing Manufacturing as a machinist and for OEC Diasonic as a painter. He even worked in retirement, maintaining trucks at G&G Hauling & Excavating.

More personally, Albert was a fun, social person who rarely knew a stranger. He loved time spent with family and was caring and kind beyond measure. He enjoyed gardening, fishing, and games like checkers and Rook; he also enjoyed watching Westerns like Bonanza and televangelists like Billy Graham and Jack Van Impe. He was friendly, funny will be greatly missed by many.

Friends may join family for visitation at Titus Funeral Home, 2000 Sheridan Street, Warsaw on Friday, February 21, 2020 from 4 to 7 p.m. A Life Celebration® funeral service will be held in the funeral home on Saturday at 11 a.m. with doors open for one-hour prior. Mike Kelley of Word of Truth Ministries, Milford will officiate with burial in Harrison Center (Wooden) Cemetery.

Memorial gifts may be directed to Kosciusko County Animal Welfare League. Condolences may be left for the family at www.TitusFuneralHome.com.

Receive notifications about information and event scheduling for Albert

We encourage you to share your most beloved memories of Albert here, so that the family and other loved ones can always see it. You can upload cherished photographs, or share your favorite stories, and can even comment on those shared by others.

Dawson Boys sent flowers to the family of Albert Hurd.
Show you care by sending flowers

Guaranteed hand delivery by a local florist
B

Posted Feb 27, 2020 at 09:53pm
I didn’t know Albert but he was my first cousin. My mother, Ruby Hurd Woods was his dad’s baby sister. I offer my deepest condolences. I just buried my husband of 50+ years the 13th of this month, so I do know the pain you’re experiencing. May God bless and comfort you.
Comment Share
Share via:
D 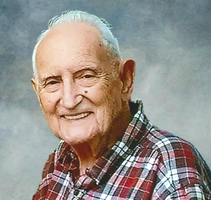 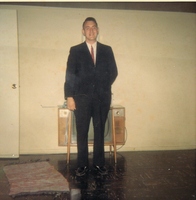 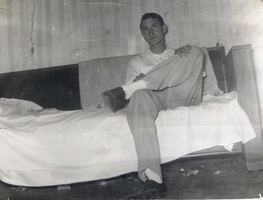 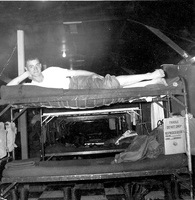